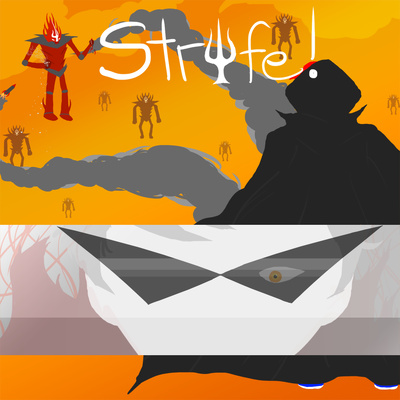 I wrote Contention as a strife theme for Dirk Strider. It's synthesized entirely with FM patches ripped from a ROM of Sonic The Hedgehog 2 and converted to FM8 format, in keeping with the Sega Genesis inspired style of Dirk-related songs like Anbroids. The rhythms in this song were largely inspired by the drums in the song "Tung, The Icelandic Lesbian" by Kitsune^2. I've always been a big fan of heavy 6/8 two-against-three rhythms played with Sonic-style drums, so the choice of time signature for this track was a no-brainer.

Here we see Dirk, the Prince of Heart, preparing to clash with the Imperial Drones sent by HIC to dispose of him. His loyal and steadfast retainer, Sawtooth, seeks to thin the enemy ranks while Dirk meets the opposing force head on. A fierce and devastating battle ensues, yet the Prince prevails. For now...