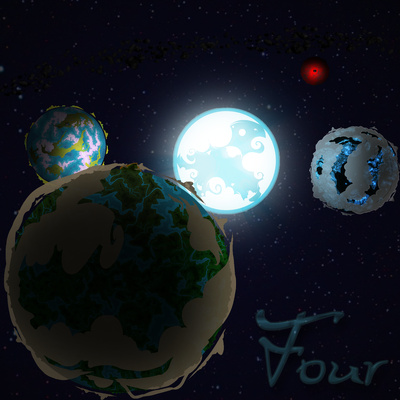 When I listened to Four for the first time, I imagined the entire Incipisphere as if it were one of those cool panoramic views of the universe. The title more than likely relates to the planets the kids arrive upon in the Medium, so I decided to use that aspect to create the basis of my idea. I recreated most of the planets from scratch while using references, used *tons* of Photoshop effects to create shading and light sources, and utilized stock images to create what I believe represents the "Four" planets within the Incipisphere that the song centers around.