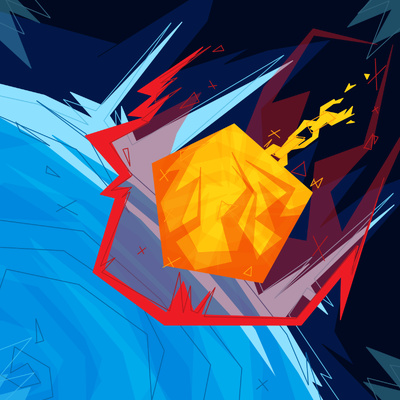 The song itself is supposed to be some kind of a ham-fisted theme for the Reckoning, and its name refers both to Skaia being bombarded with meteors and Prospit moon crashing into the battlefield with no survivors.

Just a lazy attempt at trying to combine fabled The Baby Is You with ever-elusive and almost mythical Double Midnight at first, Shatter eventually evolved into somewhat fleshed out song. Yeah, it lacks originality, essentially being a simple medley, but I was more interested in making DnB-y stuff with a bunch of Homestuck motifs thrown together than composing something completely from scratch.

I think I'm more or less satisfied with the end result, even though it hardly resembles jungle (as a music genre, not, you know, Sburban Jungle or anything). Anyway, I hope you like it.