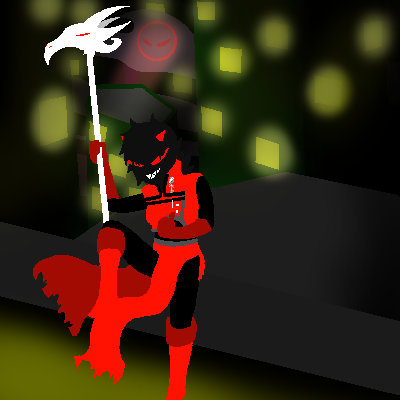 After Terezi's intro section, I felt that she needed a strife theme. It had to be something that could capture both the quirkyness of a kid playing make believe and hardboiled grittiness of a police chase/standoff. It's one part Phoenix Wright, another part film noir and big band jazz and some funky cop chase thrown in for good measure. The 8-bit version was the first one I made. If the 8-bit version is the sacharine topping of the cake, then Cornered is its seedy underbelly, burnt to a crisp at the bottom of the pan.