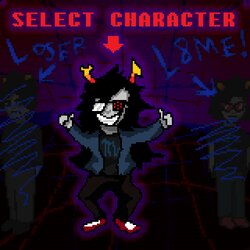 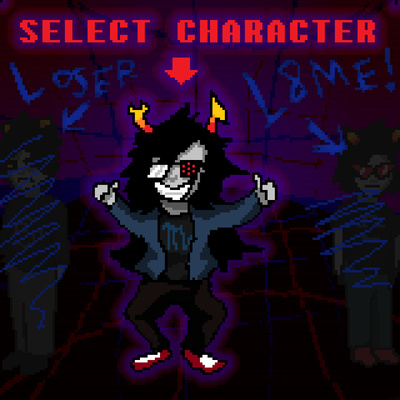 If you remember my song "The Gemoni Mustard Blood" from LOFAM4, that was originally from an old Cool and New Music Team (CANMT) album I made back in 2016 called "Of Troles and Chiptumes". While I had a lot of fun making that album, over the years I've come to regard its composition and instrumentation as somewhat amateurish; I was still rather new to Famitracker, the software I used to make all those songs.

While I had at one point wanted to remake the entire album using the chiptune skills I know today, the only song I ever ended up remaking was "Madame Controversielle", the album's song for Vriska. The remake was put on the CANMT album "troleplanet", and the reasoning behind its title was simply to take the original one and slap a 2 on it! So yes, there is indeed a Madame Controversielle 1, but I really don't get why you would want to listen to it over this version.

I’m not sure about how this one turned out. All the chiptune and vriska definitely made me think of like, a retro game player select screen, so I went back to my old pixel art style, and tried to fill it with the most vriska that vriska could vriska. But it had been a while since I was working with plain pixel art again, and that probably shows.