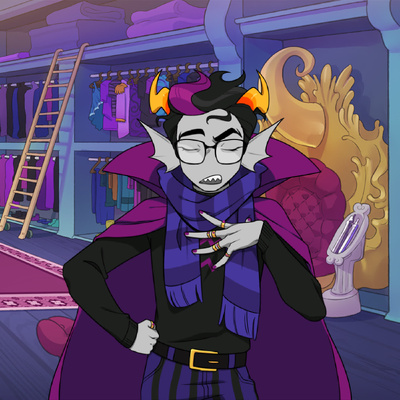 Originally there was a troll in act 2 code named "Busker" that was the alternian version of those like.. one man bands you see when you go to venice beach or like on the subway or w/e. Just him and his weird accordion that also somehow made all these extra sounds.

Anyway if you went up to him and did the right dialogue he would play you his song, which was this. I think he got written out because he was kind of a one note character ',:^]