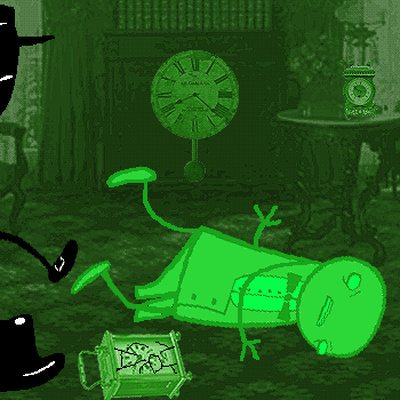 I was honest to God surprised that Chartreuse Rewind made the cut for the Felt. It’s not nearly as strong of a song as Swing of the Clock, but it still has its interesting moments.

Originally it was a song called Ascension that I was writing outside of Homestuck. Amusingly, it was inspired off of the work from the Felt, but it was a little too electronic to really fit the album’s overall atmosphere.

Long story short, I remixed Ascension into Charteuse Rewind and, out of hilarity, Ascension itself was scrapped. So, the remix of one of my songs survived and the original did not.

To start off, I did not expect this song to make it on to The Felt.

Why? Well, it’s not nearly as good as Swing of the Clock. I didn’t think I deserved two songs on the album (versus other pieces that didn’t make it), but nonetheless, that’s what happened.

So, where did this song start? Well, it started as inspiration off of The Felt but also from my interest in drum and bass music. Yeah. This song sounded very different at one point. As in, in my head, as a concept.

I never actually did make the version I originally set out to create, instead I made something that kind of sounded like the final version, except a bit more focused on the electronic stuff (e.g. the second half of the official release).

This song’s name came out of a subtitle I was using, because this was the remix, not the original. The original was called Ascension, but it ended up getting scrapped. The other peeps on the team started to reference this song as Chartreuse Rewind alone instead of Ascension (Chartreuse Rewind), and the name stuck.

What else… oh, I really love bass clarinet. Before I met Marcy Nabors [she] told me she really liked to play the bass clarinet part. And she actually has played the part for me. Not like it’s difficult.

All of my work repeated itself way too friggin’ much back then.

There are pieces here and there that are in reverse, yet forward in the chord progression (the xylo, for example, though it ends up flipping turnways in wibbly wobbly time near the end).

Is it a bad song? Oh, no. I’ve made worse. Far worse. But it isn’t particularly an amazing song, to me, anyway. I guess a lot of you liked it, though, and that’s all that matters. :D