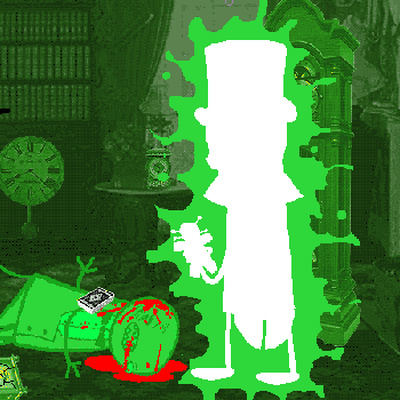 This was the first piece I submitted for an album once I got on the team. Basically what happened was: I am visiting somewhere in Chicago with only my phone’s connection to the internet, check the MSPA forums and find a message notification waiting for me. Radiation congratulates me on getting on the team. After some moments of sputtering disbelief, I read on. He says if I want to get started on something, the Squiddles was being finished up and the Felt was on the table. So, for the next couple hours I was invigorated, consumed wholly during the car ride and time in the hotel before I finally fell asleep with working on a track for the Felt. Time Paradox was made.

Originally, I made it imagining the recruitment of the Felt, picturing Doc Scratch warping across time and space, assembling the green goons from who knows where, and then witnessing the construction of the Felt manor.

It’s a fun track, more energetic than a lot of things I had worked on and definitely influenced by Radiation’s style. The last two sections are still some of my favorite phrases that I’ve written.