Renowned for Sburban Jungle, his official solo album Mobius Trip and Hadron Kaleido and many other hit Homestuck releases, Bowman has gone on to create his own expansive personal discography since.

Albums from a musical landscape beyond Homestuck, by artists with roots in the comic's own community.

Next: We Are All Satellites 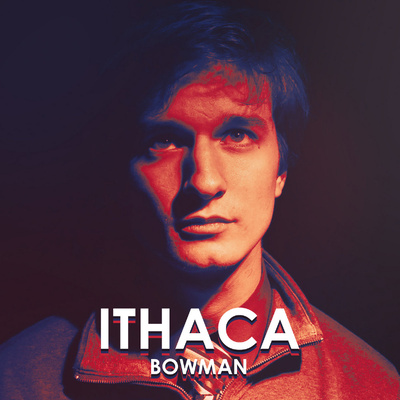 Experimental aircraft, lost civilizations, mythic quests, the Philippines, true love, utter loss, and the transience of life - the many subjects of Ithaca, the first independently released Bowman album. Scattergun in its genre and chaotically retro in its fashion, Ithaca is an eclectic mix of songs both personal and abstract. Bowman once again brings his familiar voice and ever-changing production style along with several friends from the Homestuck music project and elsewhere. Ithaca is calling.

After spending years making music exclusively for Homestuck, I branched out with 2012’s Ithaca, my first independently released album. Following up on my album-within-a-web-comic Mobius Trip and Hadron Kaleido, I moved away from my palette of digital synths to focus on a classic rock style. Out come the guitars, the bass, the little toy harp. Shades of Eno, Bowie, The Beatles, Pink Floyd, even a swing tune. It’s a freaky affair.

The ideas came from everywhere. There’s a song based on something I heard in a dream when I was eight years old, (Old Buggy Now). There’s one about an engineer who falls in love with an experimental aircraft (Tacit Blue). There’s a carriage ride through a Manila’s Chinatown district (Kalesa In Binondo). The title track Ithaca recalls Odysseus, a bowman himself. All of it is peppered with guest contributions from Internet friends.