muisc for cool and new web comic, a story based on homestuck but better

Visit on Bandcamp or canwc.mspfa.com.

Next: cool and new volume 2

Next: cool and new volume 2 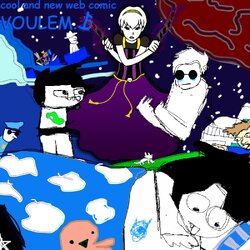 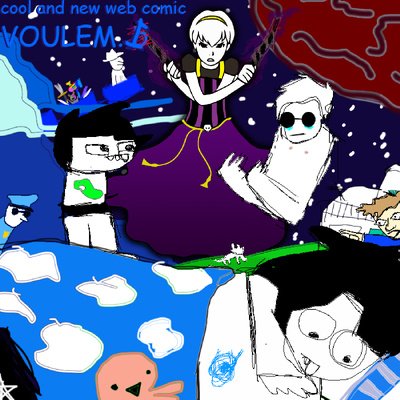 its the 1th one

There's so much to be said about the absurd trajectory of the Cool and New Music Team, but I'll try to keep it short.

After the release of the incredible Homestuck Vol. 10, which was a sort of epitaph to the official music team, a Q&A stream was held with the musicians. There was a bittersweet tinge to it, not just because of Homestuck's recent ending, but because they reflected on their artistic trajectories and how they had been musical amateurs that had been able to refine and hone their skill through the comic's run. To me at least they had always felt like inimitable performers, even if I'd always aspired to be as good as them or as the high-quality fan music that was being made at the time. But their encouraging talk about how they had progressed as artists over the years led to an idea formed right there, in the livestream chat. Why not make our own music team?

A music team on our own terms, expressly as a practice vehicle, to create and release music without a care in the world as to whether it was good or bad or terrible? No shame, no hesitation, just for the hell of making Homestuck fanmusic, and maybe improving along the way. Cool and New Web Comic's popular but low-quality presentation was a natural fit. And the response was massive. It turned out many people felt the same way, or simply wanted to see what all the noise was about.

Only two weeks later, the newly-created Cool and New Music Team released a 50-track album. This is that album.