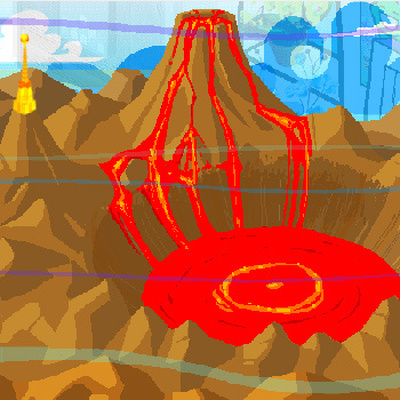 Tracks that reference Ballad of Awakening:

Jade. I think, at least if not Jade then certainly something about Dreams (Which a lot of the story was turning into via the Prospit/Derse stuff). It was prevalent that a lot of Jade's character was coming from vague aloofness, yet a degree of precognition via dreaming that would prove central to the character and the concept of Sburb.

Thus, it's a playful kind of dream-like melody. A little scatterbrained a quite unusual (Namely due to the time signature which is something like 6/4). I came up with the melody years ago, and it's mostly just playing about on the sharp/flat keys on a keyboard. I generally don't like incorporating it too much because the chord progression sounds a bit too close to Snow Patrol's "Chasing Cars" (Which was released way after I originally came up with the melody for BoA, but is infinitely more popular)

Despite being used in 'The Flash Where Nothing Happens' and also being quite long, it's still one of my closet favourite tracks. So much so I did a remake that never made it to any album because it wasn't really anything new. In any case, it's here.

I then took an enormous break from HS (shortly after doing a Squiddles track that I don't particularly like) and wouldn't be back 'till around about the time of AlternaBound had started being a discussed thing.