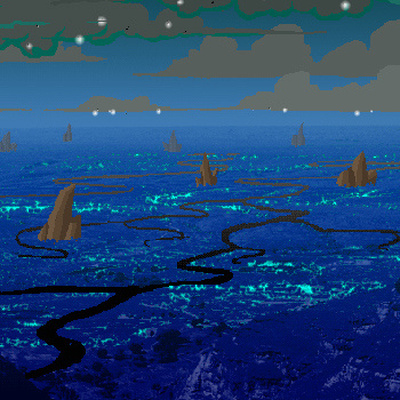 Doctor was originally by Buzinkai and then a now non-active member Michael Vallejo added a few bits of percussion to it. I then put together a larger mix of the tune with shinier production and a glockenspiel tag, and this was the version Andrew used in the end.

Doctor was written before Homestuck, actually. The only thing I can really remember was that Super Smash Bros Brawl came out right before I finished it. The original loop (which is not the one specifically heard in the comic, but was included in the album release) was directly inspired by music from Cave Story, and I was trying to at the time musically embody how I felt at the time, I think. Though it never seems to come out exactly as I plan it, I enjoyed the results. I will say that I cannot truly believe how many people have remixed it.

The arpeggio part at the end goes between the left, both, and right speakers sequentially. I was too lazy to set the channel settings manually, so I did each note on a different instrument, which is set to each speaker channel. Not many people know that, and I think it actually made it a living hell for remixers who got a hold of the original file.