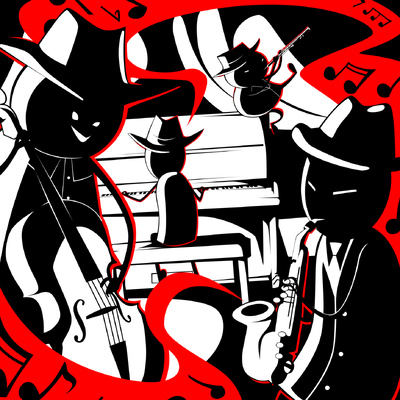 Dance of the Dead

Tracks that Dance of the Dead references:

I'm really sorry I delayed this album. I hope this is worth it.

Originally, when LoFaM 3 wrapped up and we were considering how LoFaM 4 could tie everything up, I approached konec0 about what should be done for the 'dance' track in that album could end up being. One of the original ideas was a song initially called 'Requiem Momentum / Moment of Dance'. Like Garden of Eden and konec0's dance tracks before it, it was going to flow between piano medleys (based around Requiem from Sburb) and high tempo dance segments. Eventually the ideas drifted towards being a love letter to all of Homestuck music, in particular, one that featured at least one song from every album. (Well... except Act 7, I have to draw lines somewhere; it's here I apologise to anyone expecting me to tackle the CaNMT discography.)

From there, konec0's involvement in the fan music scene dropped somewhat, and I was still particularly excited about this idea around the time the ball actually started rolling on LoFaM 4. So I decided to try and revive the dead dance. Humorously, Requiem no longer shows up in the piece, so Dance of the Dead is a bit of a misnomer, but I think the frantic pace and thematic idea of the beta kids and the Midnight Crew jamming together in the Farthest Ring is one we can all appreciate. The choice to go with jazz for the piece is mostly due to how comfortable I feel writing for small jazz ensembles. Another funny thing to note is that I gave anything tricky or unplayable to Jade (consider some of the basslines or the double notes on flute) - she must hve pulled out her dreambot again! (Not withstandding, I think a couple of carapacians picked up some alto saxes.)

Many thanks to all the amazing fan musicians who populated the sheet music thread back in the day. So amny of those scores were invaluable to me. Also thanks to TheOtherN on musescore for their incredible transcription of Watercolour, Alex Rosetti for the Pondsquatter MIDI, Max Wright for Gods of the New World sheet music, Nate Tronerud for the For Beforus sheet music, Tensei for the Rouge on the Rox MIDI, Circlejourney for the JUST1C3 MIDI, and Marcy for her incredible melody notating skills.

I think it makes a statement, and that statement is, "I've been playing too much Persona 5", or perhaps "I hate drawing musical isntruments"