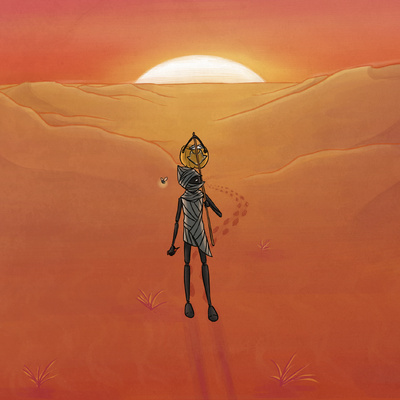 That was an episode of shenanigans with me and Mr. Nick Smalley.

We’re both huge Majora’s Mask fans (obviously we were inspired from Stone Tower Temple), and we think Wayward Vagabond is rad, so we wanted to make a walkabout inspired theme for him.

That’s really about it.

Lots of time shifting shenanigans, too, especially on the drums and the digeridoo.

And Nick’s chiptunes went through some crazy filtering after I got my Oxygen 88 MIDI controller.

Take one night goofing off with Jeremy; add FamiTracker, Jeremy’s newfound love for Grossbeat, and Majora’s Mask, and you pretty much have Gilded Sands.