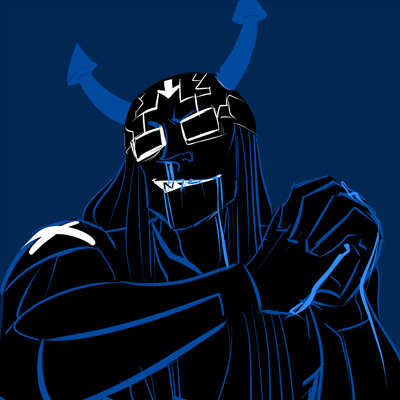 Havoc To Be Wrought

Flashes & games that feature Havoc To Be Wrought:

Havoc to be Wrought was spawned from an idea for a short story I had in my mind about a man climbing the old bell tower of an abandoned church investigating strange sounds that had plagued a small town, only to be forced into a confrontation with the “King of Owls” once he reaches the top, and ending with the KoO cutting the bell rope that the man clung to and screeching in the night.

Once I had actually started writing and refining it, I decided to change its message, from a mad owl thing to the mysterious demon in the troll’s session which had been recently mentioned in the comic (I wrote this sometime in Fall 2010). Also, yes, that is why there is distorted owl screeches at the end, although they were more meant to evoke the horrorterrors crying out in pain than owls by the time it was finished.

Contains some very powerful organ and some great chord progressions, but also some structural choices I am not completely proud of, which remained in the piece until its release months and months later because the original Finale file crashed on me before I had a chance to save it. So, rather than attempt reconstructing it, I went with what I had, and it stuck.