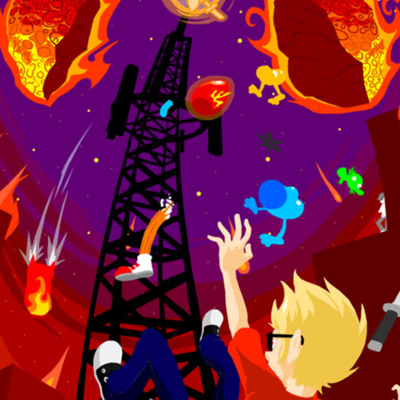 Not long after I made Sburban Countdown, I made a version that rewinds back to the beginning again and called it 'Sburban Reversal', just in case it might be useful someday. Andrew ended up using part of it in act 2 except for the actual reversing part, but still credited it as 'Sburban Reversal', which had people asking me constantly after that if it's a real song. It wasn't really anything except for the reversing, so I eventually decided to extend it out to a full song. Since it was never actually fully in the comic, I recommended it as a bonus track.