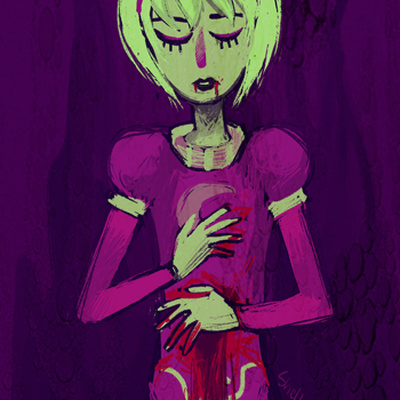 At The Price of Oblivion

Tracks that At The Price of Oblivion references:

Tracks that reference At The Price of Oblivion:

Flashes & games that feature At The Price of Oblivion:

The name comes from a line of Rose's during Act 5 while discussing her options of survival with Doc Scratch:

TT: But it's a little disheartening to learn I'm now faced with not one, but two suicide missions at once.

TT: One to destroy Jack's power source and defend all of existence, and another to ensure our cosmic progeny at the price of oblivion.

As soon (like, not a minute after) as I saw Rose go grimdark, I decided to wrote some hilariously ANGRY AND KICKASS BATTLE MUSIC for her (presumed inevitable) battle with Jack. The original sort of concept was something like the music of Guilty Gear - All guitars and organs and the like. It took several attempts to try and tone it into something useful, but in the end I decided to dig up Chorale for Jaspers - A previous bit of music used for representing the death of Rose's cat (The main themes here being the death of Rose's mother and the anger she feels afterwords).

So that's where we start, with a kind of messed up, creepy violin rendition of Chorale for Jaspers, before we start to build up and then kick into the main part of the song. Around 1:00 we here the music box chords from Black Rose/ return, then at 1:20 it's another Keytar Solo from me (I'd just bought it and was feeling cocky). The rhythm guitar and guitar solo at the end was also me and also something I was terrified to do since I don't normally do "Live" playing (Everything is usually sequenced). In this case, a lot of it was so difficult to do (Because I can barely play guitar. At all) at this speed most of it was played at a slower tempo and then sped up digitally (HAX!).

The drums were easily the funnest thing to sequence in this thing, mainly all the awesome fills and the double bass step at the end. The final guitar solo is an attempt to reference Rose's original "Strife" theme - Aggrieve. It's very loosely there, and I reckon needs to come back in some fashion since it's actually kind of awesome.

When Andrew told me he was going to use this one for a fight scene I was looking heavily forward to it. Imagine my surprise when just as it's about to kick off... John gets himself stabbed.