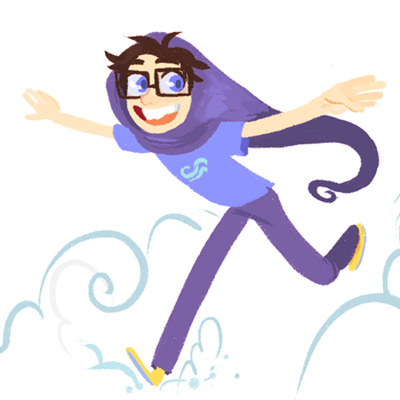 Another music team discussion got onto the stereotypical "Airship" themes you get in JRPGs. Homestuck didn't have one, so off I went to fix that!

The original plan was "Showtime in the style of a soaring, brass-filled JRPG Airship theme (ala Highwind, Ragnarawk takes to the skies, Wings etc.) and that's where the first bits come from. Around about 0:56 I wanted to try some cool chord progression as a kind of extension of John's theme (Something I've used in future i.e. Do You Remem8er Me). Someone's recently since pointed out this sounds like the theme of Dragon: The Bruce Lee Story which is kind of annoying, since I'd never heard that before and it completely does. Still, I stand by it.