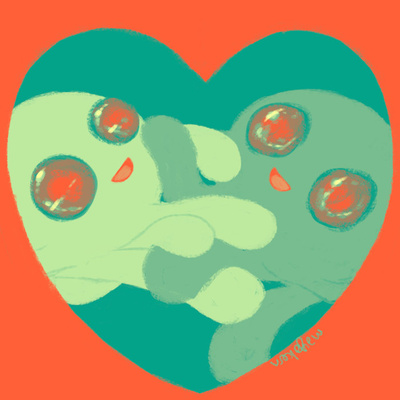 but i think a lot of it is because i’m not super great at writing music on demand? like, i write music all the time, but only when inspiration hits. and since there was a deadline, i didn’t quite have that option. i had tried writing a very different song before that with… not great results. i mean, it’s not a bad song, but it’s very unspecific and was not a good homestuck song.

so then i just decided i would write something silly and the squiddle song came out! because silly, i can do