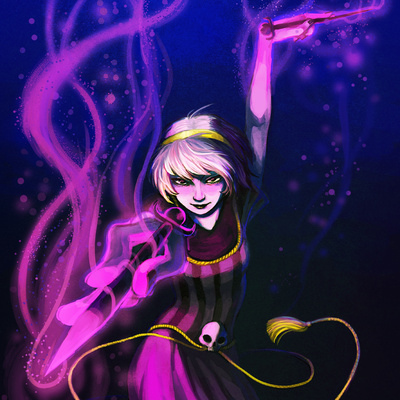 Probably one of my favorite songs on the album.
I'm curious, what songs are remixed in this?

Thanks! The first five notes are from Chorale for Jaspers, and I used that twice in the song. I also used the chord progression that's often used in Sburban Jungle in the middle section with the drums, organ, piano and strings. (actually, a lot of homestuck songs) but the rest of it is original I'm pretty sure.

I thought I heard Black Hole/Green Sun, and also, if you squint your ears just right, it sounds a bit like The Dangerous Symphony (not a Homestuck song)

Black Rose/Green Sun is a great song. I did use the same sort of chord progression that's in there. It shows up in a lot of Homestuck songs though I think.