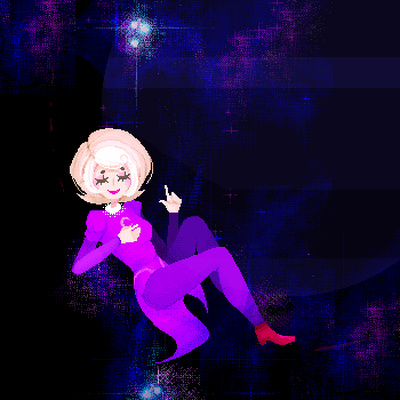 “Dord” is a rather amusing typographical error that occured back in 1934 when someone in the Merriam-Webster editing staff misread “D or d”, intended as abbreviations for density, as “Dord” and... made up a pronunciation for it. (Whoops.)

Given Roxy Lalonde’s penchant for drunk typing^W^W lexicographical creativity, I thought it was appropriate. The accidentals, at least as much so. As for the waltz part of it... well, I have no idea either.

It was written as a Roxy song. It will now be a Roxy song until the end of the Internet.

I came up with the title first and the music second. The accidentals were there the first time I put down the notes. (They are going to stay there.)

The above is not normal for me. I have more recently taken to using random word generators to title my music, because I often struggle with that.

I am told that the song has some similarities to Endless Climb. That part is most definitely not deliberate. Not going to rule out subconscious influences though.

The album art is by merrigo. She (?) does cool work. Go look at her tumblr too.

“Dord” is a real thing that happened in the Merriam-Webster in the 1934 edition. Read the article for more information.

A dord is also a kind of instrument. There’s none of them in the song, just so’s you know.

Although if you’re willing to play Dord on a dord I can send you sheet music.

Full disclosure: I’m not actually finished with the Dord sheet music. Remind me in two weeks and I’ll probably have something.

The above two points also apply even if you aren’t going to play Dord on a dord. (I have no idea what the range of that instrument is, so whatever.)