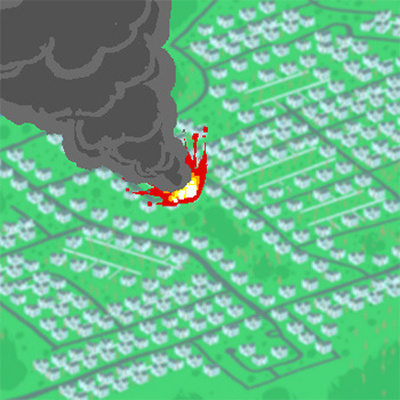 I really liked Sburban Jungle and felt it was iconic enough to be considered a theme song for Sburb (not just the loading screen as it was originally presented). Since the ending scene for Act 1 was an early pivotal moment in the game, I tried to make something that sounded like Sburban Jungle, but clearly felt like time was ticking away to something big. It's a lot to try and cram into a little over 30 seconds, but I did my best.