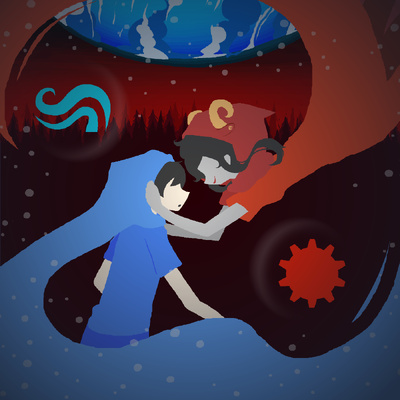 God, this was so much work. Oh yeah, and I lost the first half of the project file towards the end so I couldn't go back and edit it. Ugh. But all in all, I'm pretty happy with how it turned out. The original plan was to go through the CANMT discography and pick the most iconic songs over time. If you're unfamiliar with its discography, I highly recommend you at least go give it a glance. I roughly settled on using Cascante, Tick/Tock, Fruity Pebbles Redux, Gunshow, Rex Mille Geromius, Doctor and Penumbra Phantasm (cool and new vol V), Contra (from Cool and New Homestuck), Moshi Moshi, Final Confrontation, Unintentional Touhou, In the Beginning/Contact, Formation, Jungle #3, Muse of Nanchos, Flintstones, Gunshow 2, and of course, the RCT theme and Bowman's credit score. Shoutouts to difarem for making the "it's between my buttocks" vocaloid for me. Revisit/Rewind, which is based heavily on Ascend, was released as the Cool and New Homestuck song for [S] Credits. 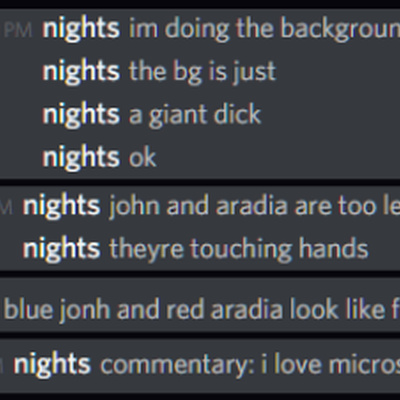