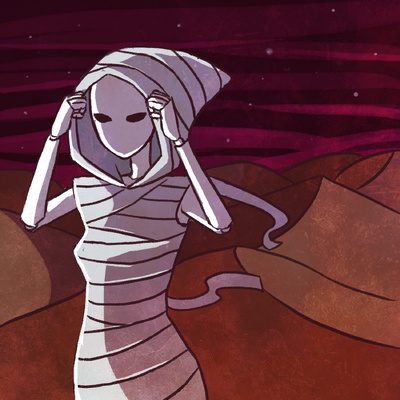 Questant’s Lament is one of my favorite tracks that I’ve made. Originally for The Wanderers, because there weren’t any WQ tracks and I liked her portrayal in the comic, I wanted something regal, almost stoic, but also forlorn.

With the beginning, I imagined her away from the others in their camp, sitting alone on some stone at night and listening to an old music box, one of few possessions that she could have salvaged from Prospit. From there she reminisces, from her perspective, on the progression of the session and her foresight of and departure from the impending devastation of Prospit.

In the end, she closes the trinket, accepts her new fate, and returns to her fellow exiles.