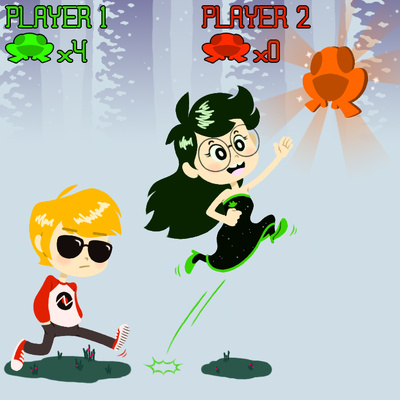 Back when we knew Jade as just GG, I wrote the first part of Carefree Action as a possible upbeat strife theme for her. It never ended up getting used, but other people liked it, and eventually a remix of it (Carefree Victory) made it into the comic. The original was pretty short, so I lengthened it so that I could eventually get it onto an album. Like Sburban Reversal, I recommended it as a bonus track.