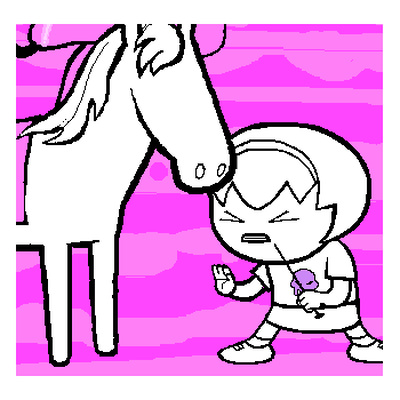 This was actually the first Homestuck-related thing I made, when Andrew asked us all to come up with some battle themes. Originally I titled it "Aggress" as a Problem Sleuth homage, but changed the name to "Aggrieve" once the attack command in John's first strife was revealed. Out of all my songs, this one holds a special place for me since it was the first one I did for Homestuck.