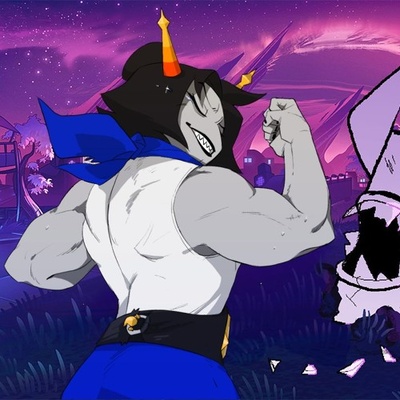 Flashes & games that feature turns out its like the shoe:

i started streaming my work now since its less of a surprise who the characters are. i went through like... five different versions of this track. this was gonna be disco i dont know what i was thinking.

we ended up going with this one which is actually meant for a different part of ACT 2. In ACT 1, the song "Keep your head down" has a rhythmic motif that I use in the climax of this song. I wont tell you what its for but... think of whats happening during that song in ACT 1, and know that it will be a much bigger deal when you eventually see it. i don't have any information wrt "when" that would be helpful to you. its barely even helpful to me. a real "buddy, they dont even let ME fuck the flag" situation. this is a reference to a popular tweet. im not an insane person i swear.

anyway nihkees sprite is absolutely fucking ripped. the size of this lad. the A in LGBTQA+ stands for ABSOLUTE UNIT apparently.

I know it does not please do not @ me i am so fucking tired.