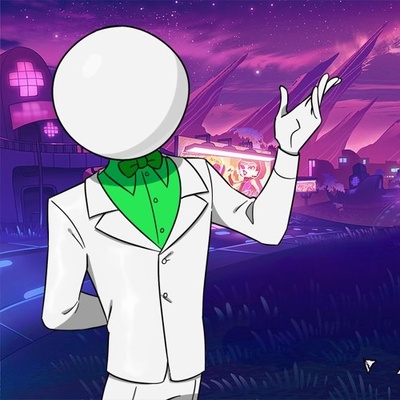 here it is. the end of an era. working on friendsim has been an absolutely wild ride. i honestly can’t tell you what its meant to me to be a part of something like this again. i’ve learned a lot about myself and what im capable of and what im willing to do to make it work. i guess this probably comes off as cryptic.

a lot happened. an absolutely bananas series of events that lead up to this project and the more baffling moments that have transpired since. its… one of those things that only homestuck could have produced, you know? It was an incredible opportunity with a lot of ups and downs and emotional significance. it will probably continue to be that. I had a lot of fun doing all of this for you. it also… ate up a LOT of my time, though. I have been on a nonstop homestuck train for like the last five years and only now that i’ve gotten into the groove of things its ending again. bittersweet. for now.

i don’t really know how to feel but i hope i at least wrote a song or two you liked along the way.

heres the one for MC/DOC SCRATCH that i think is my favorite from the whole thing. its based off a song from an old (bad) fantroll album i did in like 2011 (and the song was written even earlier than that) that i have since purged from the internet as best i can. thank you for not reposting it. i re-used a lot of assets from it for other stuff. i was in a real weird place when i made it so aside from it being kinda bad i just… don’t wanna see it ever LMAO.

that album made the homestuck music community real mad at me because they thought i was getting preferential treatment for being popular on-line and friendly with some WP staff on twitter. my unofficial album got approved for sale and at the same time, completely unknown to me someone on the music team’s album didn’t get approved. a handful of them used this incident to talk shit about me for several years. one of them made fun of me for my dad passing away?? yikes. most of us have made our peace (i understand how easy it is to get caught up in dog-piling on a common enemy or w/e) but theres still one or two that are like… still real mad at me for this percieved slight. they’ll say like “you were rude to us” and its like… you guys… literally made fun of me for not having a family i’m not sure what you want from me.

this one got away from me. anyway. thanks for listening. stop being weird to me on twitter. tip your waitstaff.