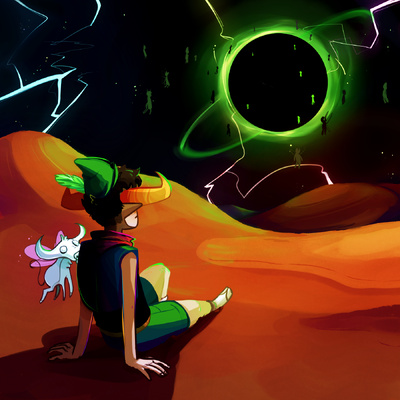 I was pretty happy when I found out that I'd be drawing a piece for this song, since I've always had a soft spot for Tavros—he's an underappreciated boy! In the end, I didn't really do many different concept sketches for this one. I knew that I wanted a scene of Tavros, in his Peter Pan outfit, staring out as the friends and army they'd worked so hard to gather get eaten by the black hole. The ghosts are just as much the ‘Lost Boys' here as Tav is himself. I was going for a ‘wistful, but resigned' sort of feeling for this, since all Tav can really do now is watch. He knows he's unable to stop everyone from being destroyed—or, as we know now, getting pulled into the new HS^2 universe. So basically, he's just chillin'. 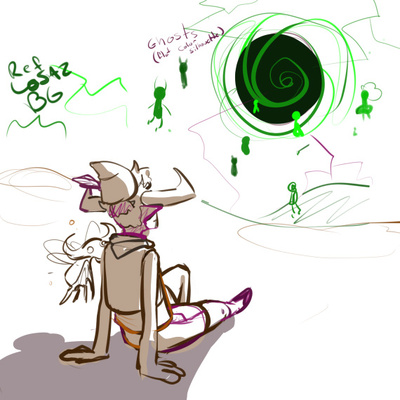 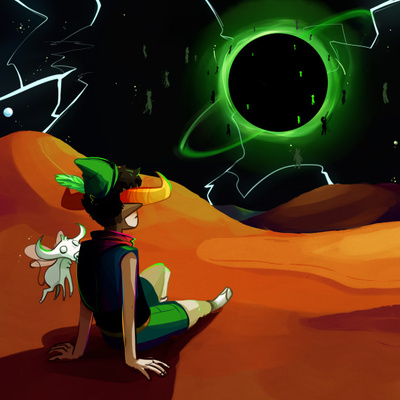