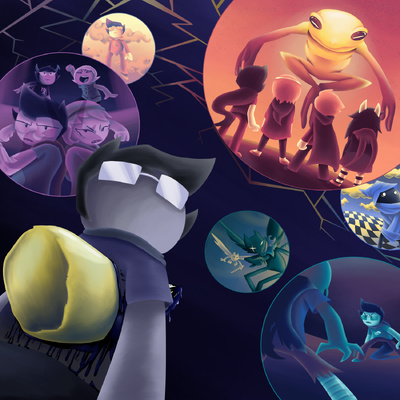 Four Kids (and a Game They Played Together)

Tracks that Four Kids (and a Game They Played Together) references:

it's been a little bit since the last time we all talked
so...how are all of you doing?
i know that i have been a bit unkind to you all
and i'm trying to undo it

we thought this ended years ago but it survived
i've forgotten far too often why i even recognize these faces
that don't have names placed with them
inside my hazy brain, but then
there's too much to begin to touch on here

i burned the bridges thoroughly but still everyone's trusting me again
and i should be relieved but it happened so suddenly
and i know in my heart i haven't earned this,
but everyone acts like my concern isn't a problem
like nothing is wrong with my very involvement

but i know how the song ends

i can't begin to list the times that i've walked
along this road and concluded
that nothing that i've done here will make sense, in the end
but i find that kind of soothing

it's been a little bit since the last time]

might fuck around and release some stuckhome syndrome music today...

by that i mean i'm definitely releasing some stuckhome syndrome music today. if all goes well i'll probably have it up in like...maybe a little over an hour?

no promises but you know. i am just a little creacher

might as well talk a tiny bit about this song, Four Kids (and a Game They Played Together), since people are responding to it way more strongly than i kind of expected

the original version of the track from yeaaaaars ago i wrote as an instrumental i intended to be the "homestuck end credits theme," which ended up not panning out for a bunch of reasons, but the song was always a fave of mine, and stuck around on my hard drive until i polished it up as the finale of the main portion of Stuckhome Syndrome P1V1. i still love this version of the song very much.

i had a vocal version brewing in my head for ages. literally from before stuckhome syndrome was released. i mean, the first line (it's been a little bit since the last time we all talked/so how are all of you doing?) was just a sudden thing about me getting volume 10 together

i never had anything besides that opening line, though, not really. for ages i thought i'd finish it up for the last stuckhome volume (i haven't even put the 2nd together...but i will! this year probably?) but a lot ended up hitting me in the interim and i didn't have time for it

about five months ago i was contacted to be a part of the homestuck 2 music team and was told the lowdown: it was a clean slate, and a chance to establish the musical rockbed for homestuck 2 going forward. no quotes of hs1 songs whatsoever, but we'd be making new songs TO quote

i messed around with a few other demos but it was pretty quick for me to settle on deciding to do this. since four kids was never actually released as part of homestuck proper, it ended up feeling like the perfect time to pull the track together for real.

though the instrumental of the new version came together with steady work over the past few months the actual vocals and lyrics didn't coalesce until about two weeks ago. i had messed around with dozens of variants until then; the only stuff finalized earlier was the chorus

singing it was fresh hell because it's stretching my range extremely hard, but i didn't want to do pitch correction. on the final track there is some on the backing vocals for two parts, mostly to help finish the thing quickly, but the majority of it is natural

it was endless, endless retakes and it still sound bad to my ears but i think the roughness maybe helps the emotional quality of the song? i guess?

for my part, i'm just glad it's done and i'm glad it's apparently good. anyway. thanks

While this piece is canonically about the composer, listening to it made me strongly think of John, specifically from the Meat timeline. Since the title of the song basically encompasses John's life during Sburb and by extension his fight with Lord English in the epilogues, I wanted to do something reminiscent of these ideas. Thus I went with the idea of some of the last remaining dream bubbles, and how they show pivotal points from the game session that John was apart of or would remember. I decided to also go with different color palettes, but each having a similar enough scheme that the bubbles showed cohesion. It was a very fun piece to work on, and is hopefully symbolic enough of John and his memories! 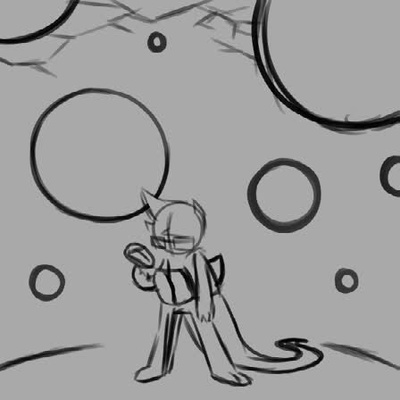 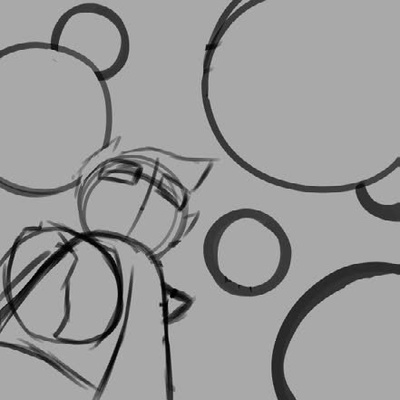 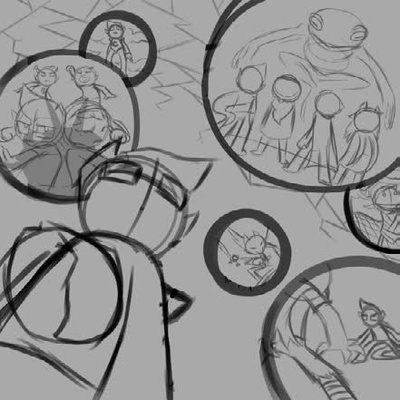