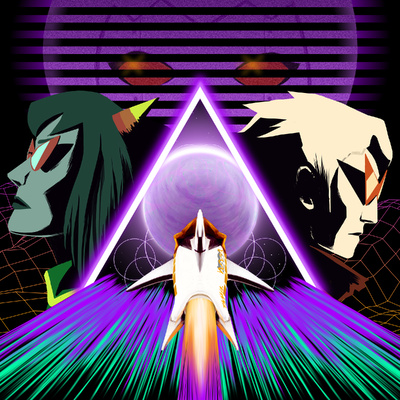 When I got the track (and stopped squeeing) I contacted the composer to ask what he envisioned while making it, and he told me that the track was about Dirk's team's journey through space towards the new planet as well as about them preparing for the game (hence the name). So I did my best to convey all of that. The track uses many synth sounds, or at least *some* synth sounds, and to me that was enough to justify going for the 80's neon aesthetic. I used mainly triadic palette where each colour corresponded to one of the characters: orange for Dirk, violet for Rose, teal/turquoise for Terezi. The theme of "three" is also reinforced by the triangle shape, which I referenced in composition as well as by slapping a big fat triangle in the middle of the picture. It works as a visual portal and also represents the letter Delta (as in Deltritus, the name of the new planet). The idea of actual assembling of the game is referenced through the Venn diagram glyph inside the portal and by those sick grid mountains in the background that I totally didn't trace from some random stock image. There's some more symbolism stuffed in the picture but this commentary is already too long and I'd like to leave some things open to interpretation. Doing track art has been a long dream of mine, and I'm extremely glad and thankful I've been given this chance to participate in this project! 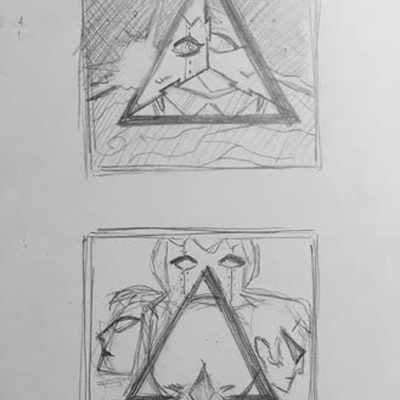 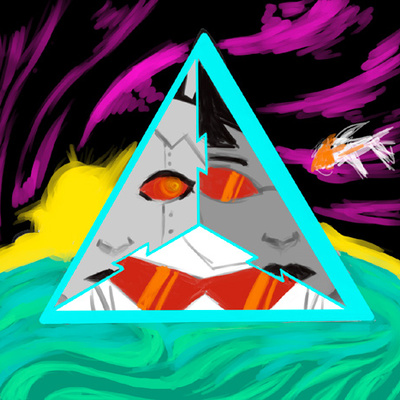 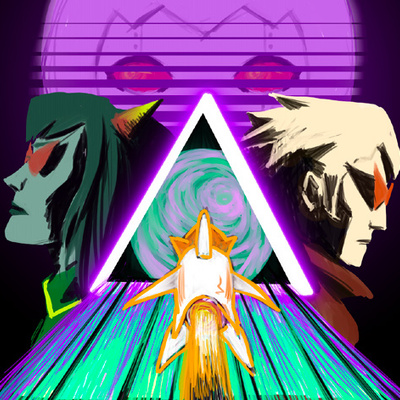