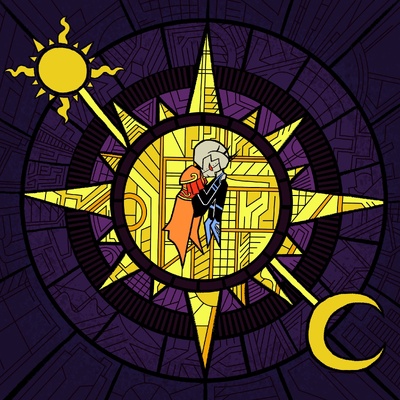 (You sit up there all day long and do nothing but come down and make tea.)

my contribution to Homestuck^2's first album: exclusion zone from Beyond Canon.

you have given me a home i would be happy to be stuck in.

Exclusion zone really stood out as quite the challenge, my mind was racing trying to grasp onto an idea and landed on a robotic theme with solitary undertones. The best to represent the song in my opinion was Rosebot: in the song the singer is repeating "you just made a monster," acknowledging that they themselves are no longer a person and informing their initiator of what they had done. While designing the drawing I decided that rosebot had to be the center of attention of the piece so I focused on her color pallet and her aspect, light, was made to be just as robotic as she is, with orange metal linings as an example of ult dirks influence on her. The purple background is taken by her lunar sway, also, it was a good color to accompany the yellow in the piece. The rest are random metal plates with lining in between each plate forming a sort of tunnel with the only light being Rosebot and a clock of the moon and the sun surrounding her, each with their own meaning. In the end I love how the final piece came to be, I feel that it represents the song very well, and I had fun sharing with the organizers and the other artists. To be the first time working in this manner in a community was nice and I hope in the future to have similar opportunities like this. Thank You! 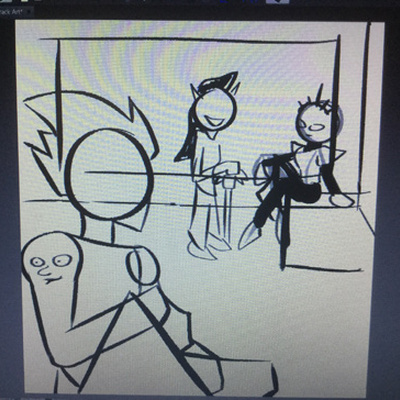 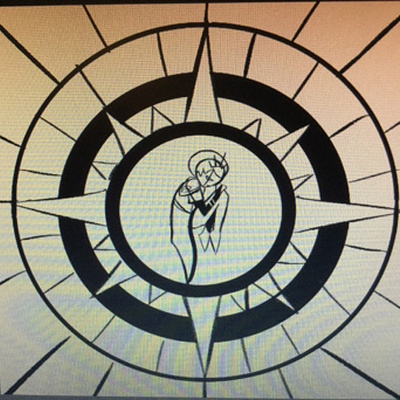 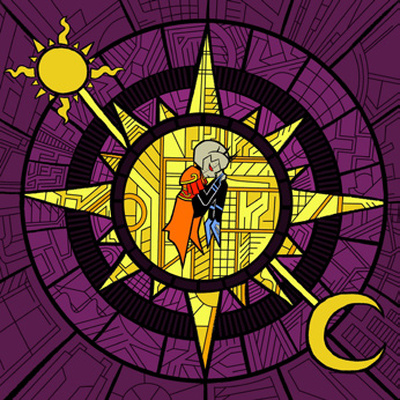 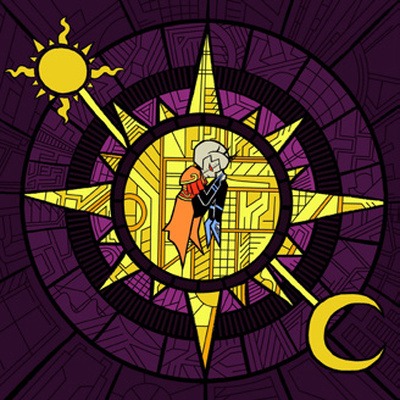