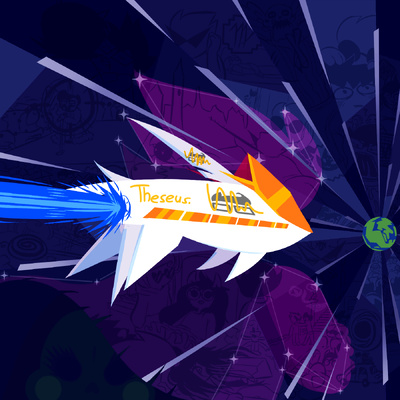 Tracks that Surprise, We're Back references:

It's a great privilege of mine to contribute music to Homestuck^2. We're glad we can finally show you what we've been doing.

I was indeed surprised by HS^2's sudden appearence, at first I thought it was a really well-characterized fan continuation like with Act Omega, with its own website like VE, they even shared the same artist, I can recognize Xamag's art from a mile away, love it. But turns out that they indeed Were Back, and I'm really looking forward to what they have in store. Dirk, the ==> command, and the Theseus seemed like the perfect trinity to represent a(n) (un)likely continuation to an already colossal story. The sky full of faint memories of the baffling/fascinating (Meat) Epilogues, Dirk as the constellation marking him as one of this universe's gods, the one who put that story into motion. There's another simpler track art I made that I also enjoy, but in my mind the piano and the stars go together much better, the one with Dirk and the huge ==> command feels like it'd accompany some electronic song instead. Have a nice day! 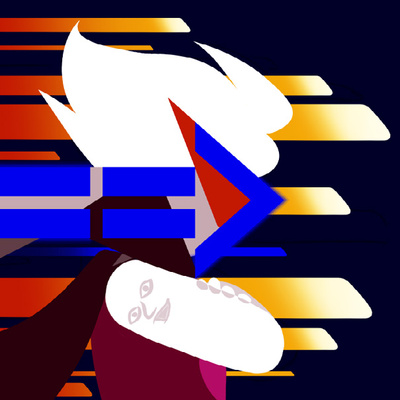