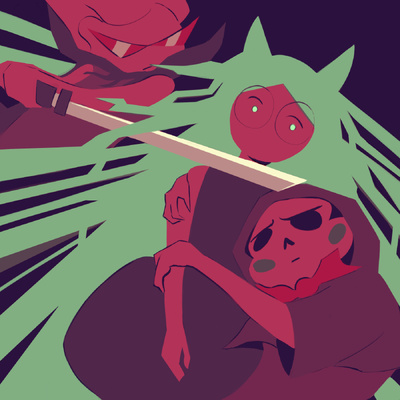 Holy crap. Impeccable. I might transcribe this for my music project.

This might make it a bit easier — I made a notated blueprint before I started producing it (notated on two piano grand staves, because that's easy for me to parse, but it's certainly not a playable two-piano score). It's not 100% accurate to how it wound up (and I'm not going to fix it, because I don't have any use for an accurate "score"), but if you take this as a slightly-flawed transcription you can probably get the rest relatively easily. (link!)

I don’t want to do this beautiful track a disservice by comparing it to music that’s already been made, because it’s one of the most original and creative songs ive ever heard, but it also does kind of sound like all the songs on Cherubim had a brawl and kicked the shit out of each other

It intentionally sounds tangentially like a bit of OG Homestuck music (without quoting anything). Calliope's music is a little like some of One Year Older (like Firefly Cloud) and Voidlight (from HS Vol. 10). At the beginning of Homestuck^2, Dirk said "Finally, this story is back on the rails. Maybe we can get back to what things were like in the good old days," so his music sounds more stereotypically Homestuck, with the quasi-chiptune style that's in a lot of classic Homestuck music.

My notational thoughts aren't really consequential, since this is electronic, and the score was only for my own ease of composing, not for performance, but I've always thought of it as Calliope's section in 4/4 and Dirk's in 13/16, so when they start to combine, it's 4 (Calliope eighth notes) against 13 (Dirk sixteenth notes) 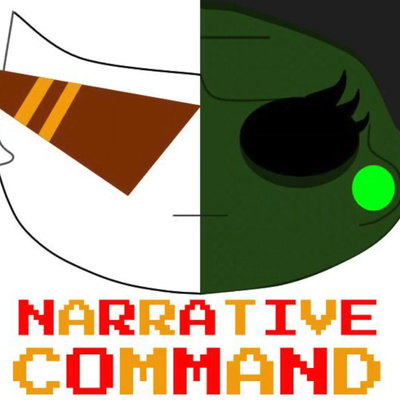 I believe the real protagonist of this song is Jade Harley. Narrative command is not only Dirk and Calliope fighting over narrative, but also a fight over Jade control. 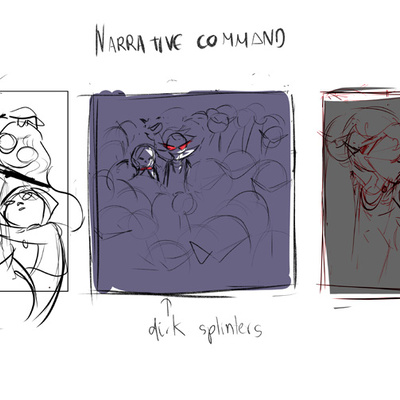 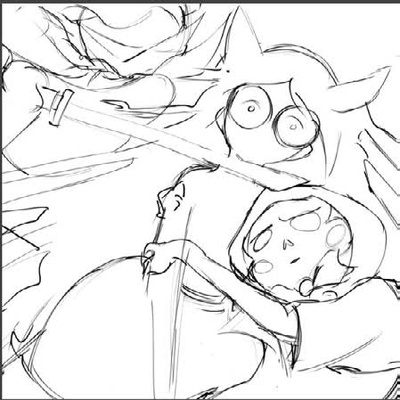 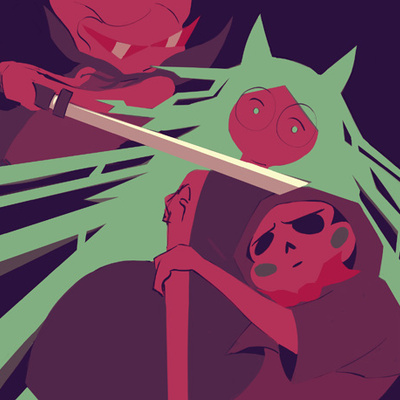