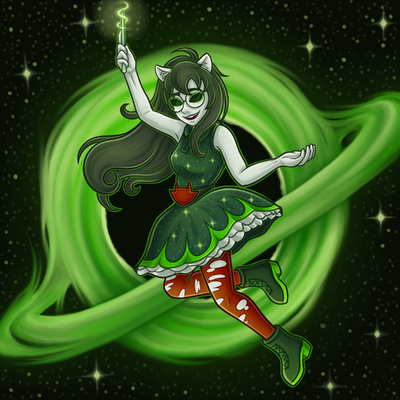 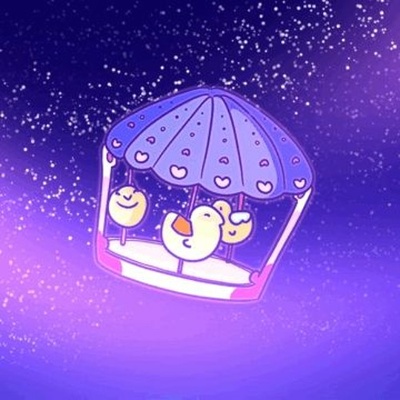 Initially, I was split between making Dirk or Alt. Calliope the focus of this drawing. Eventually, I decided that Jade possessed by Alt. Calliope was the best fit, because the upbeat mood of the song fits Jade's personality, and the name was also very fitting for both characters since their aspect is space. I interpreted the "Cosmic Carousel" as the black hole turning endlessly in space while Alt. Calliope acts as the conductor as she watches over the various timelines. After my first sketch, I had Jade wield Calliope's wand, and I also gave her a happier expression to fit the overall mood of the song. 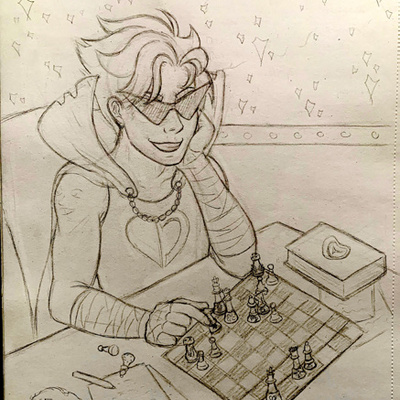 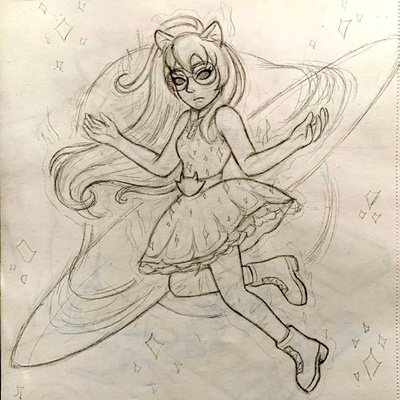 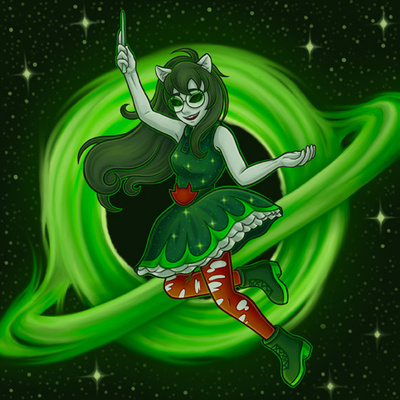