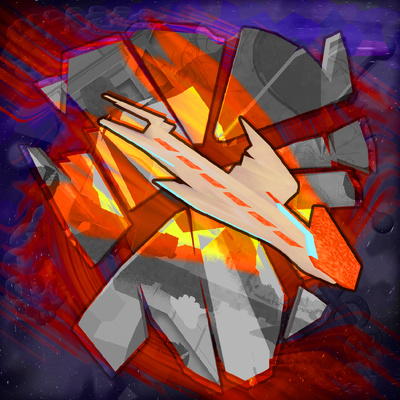 This piece started with a concept that is actually explored in other pieces in this album's set: Dirk's departure and what he left behind. Even the same symbolism can be found in other pieces: Theseus streaking across his face, shatters of memories lost to space. Mine started to mutate though, to take on a form beyond my control. My skill to render the memories failed me: WIPs show the corpse of John, the beheading of Dirk, other fragments of the Epilogues. The main decisions of the piece happened spontaneously: fragments of a clock reforming to Dirk's silhouette, Theseus moving from the corner and taking its place as Dirk's glasses. The colors went through many iterations, a volatile photoshop file of hue shifts and stacked filters. The final nail in the coffin for any hope of a semblance of normalcy in this came with my most baffling decision of all: splashing my previous two track arts for UMSPAF over this one. My original monochrome draft for Diverging Delicacies' "Dirk's Dreamers" became the only shattered memory, a destruction of art I birthed but am not fond of. Moons of Theseus' "Unchained" merged with the fibers of space, a celebrated giant looming over all my other pieces. Much like the man this art is focused on, the very piece itself has become a distractingly shiny mirror reflecting the artist's self-indulgent nonsense. I'm being told there's a song attached to this? 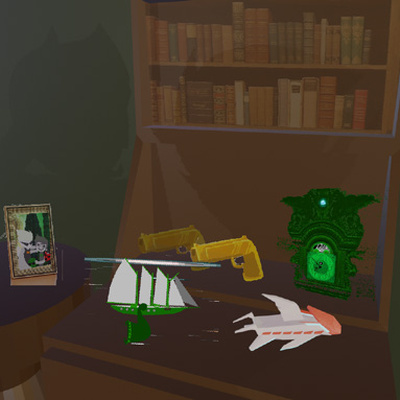 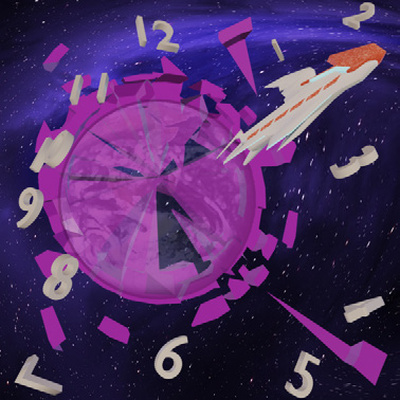 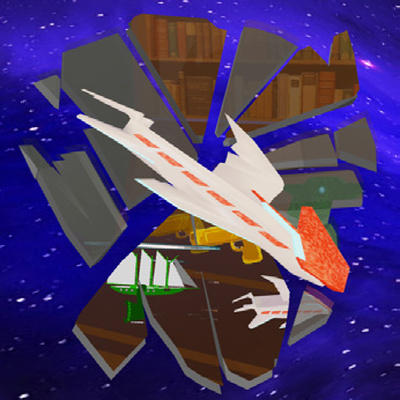 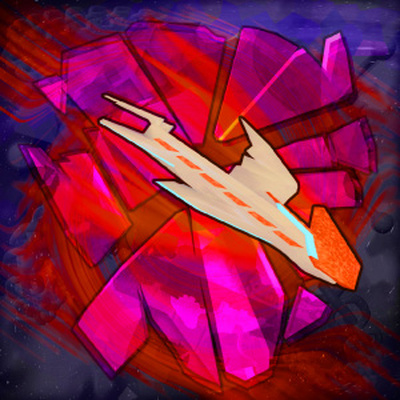