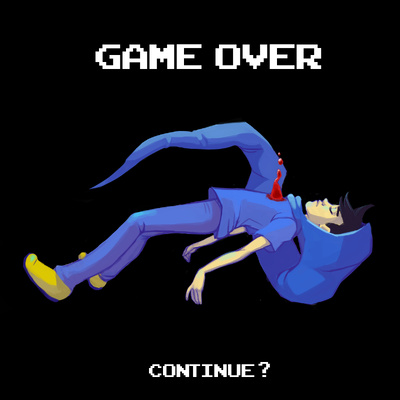 This is most likely the first piece that was ever made and put into this album. It might even be from before I started on the album, I'm not sure. At any rate, when John was stabbed and "died" (god tier characters can only truly die from a Just or Heroic death), he stayed dead for a few minutes. And for those few minutes, I imagined that he came to a sort of Game Over screen, or, if you were playing a video game of Homestuck, you would come to a Game Over screen. From there, you could either continue or give up, which is a pretty staple part of game over screens, I think.

At any rate, the music I went for was to just go along with that, a peaceful song for his demise before he came back. It feels kind of morbid, but since the concept of death has kind of gone out the window and back again in Homestuck, it's hardly as morbid as it could be.