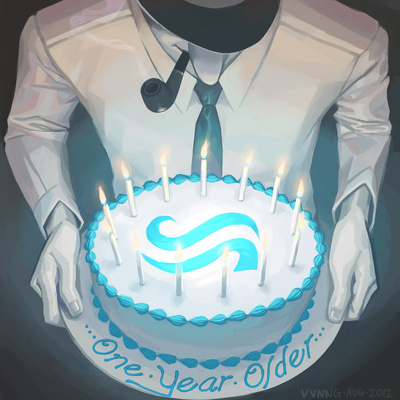 Tracks that Under The Hat references:

Tracks that reference Under The Hat:

Also known as Trollcops, this is a rather old idea that I once had for a Dad strife theme. I mean, all the kids had fight music, why not him? Anyway, between a chiptune variant I started and Trollcops, it's had a bit of a journey, but when it turned out alright on piano too, I didn't see any reason not to record a few takes.

Let me just put this out here, I'm not a jazz pianist at all, nor is this really jazz. Not very complicated jazz, at any rate. I know there's way better jazz playing out there, and probably quite a few pianists that'll be wondering why some pianist douchebag thinks he can play jazz, well rest assured, I'm not claiming I'm amazing at all.

Of course, not being able to play something magnificently and to the best form of the genre didn't really stop me from playing around with this piece. So I did.

I also think it would fit in during the first Intermission, with all the under-the-hat chicanery and stabbings that went on.