A Dream Of Broken Clocks 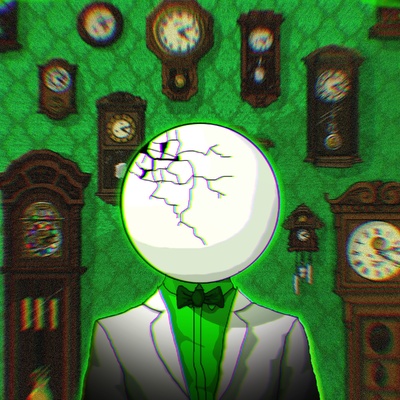 Tracks that A Dream Of Broken Clocks references:

This is a really weird one for me. Originally, I started out with the intention to do a remastered and updated version of my track “The Puppetmaster” from our previous release Friendsymphony, but slowly, I came to realize that the remaster kind of sucked, and all traces of it were eventually wiped from this track. The intro (can you call it in intro if it’s more than half the song?) came to me about half a year after the main body of the song, it was the first thing I ever recorded vocals for, and may well be the last. Not much point in putting lyrics down though, cause all they are is “ooOOOOooo”. I was listening to a lot of Colin Stetson’s music during the time I made it so that probably played some influence in it. Then another half year after that I replaced the main body of the song too, because after listening to it with fresh ears, it was kind of a discordant mess. I kept the original idea behind The Puppetmaster, a distorted mix of Worst End and English, but that’s about it. I might release that version eventually, but it won’t be on this album.

This was some of the first non-pixel digital art I ever did, and for that, I think it turned out pretty well. However, I had a real knack for doing things the hardest possible way, and oh my god, I never want to draw another clock again. I did all of this, with a keyboard and trackpad, on a free trial for a photoshop knockoff. That wallpaper? I didn’t figure out how to use the copy-paste tool properly, and had to manually put in every detail on it. This was a nightmare to complete, (albeit a nightmare of my own making), so you all had better appreciate it.