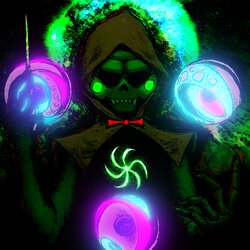 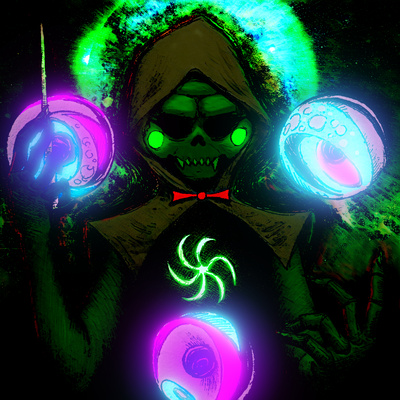 The Lyrist is one of my favorite Homestuck tracks, with its main melody being in my humble opinion the most hauntingly beautiful refrain on the whole soundtrack. Which is why it’s always driven me slightly mad that said melody only appears in the first 45 seconds and never returns. And while the rest of the track is wonderful in its own right, it’s never stuck in my brain quite as much.

So the idea with this track was to attempt in my own flawed way to extend those first 45 seconds into a full track, and for the most part the way I chose to do that was to work in pieces of The Thirteenth Hour (along with adding in some original stuff). Hope you guys like it!

The title is in reference to a baker’s dozen (13), which alludes to the use of The Thirteenth Hour.

The teal and purple orbs are intended to be the orb things Alt Calliope uses to create the black hole in Act 7. My little headcanon for those orbs is that they're genesis frog frogspawn, basically embryonic universes. The idea being that since it took two universes to create the Green Sun, perhaps it takes three to destroy it.