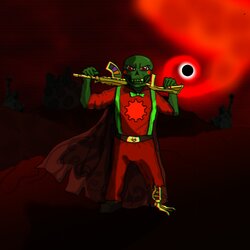 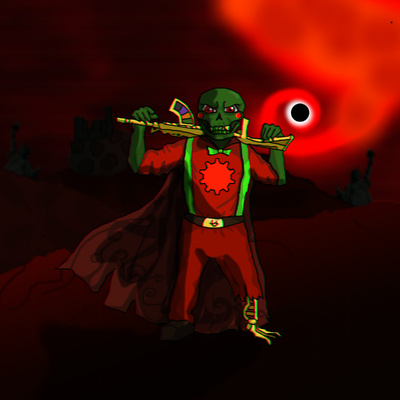 Tracks that TEETH AND BLOOD references:

Tracks that sample TEETH AND BLOOD:

(WELCOME, FEMALES AND GENTLEMEN, TO THIS MUSICAL MASTERPIECE, THE FIRST HIT SINGLE SONG PRODUCED BY YOUR LORD, FOR YOUR LORD, ABOUT YOUR LORD. HIT IT.)

There was a lot going on in the production of this, and none of it had to do with the final track. A long, long time ago, before any of my other submissions, I was going to do a Caliborn track, with the intent of being presented as a track that Caliborn himself produced. But at that time, there weren’t many other submissions for this album yet, and a disturbingly high percentage of them were cherub related, so I dropped it. A year later, I was working on a remix of the afterword theme from Pesterquest, but it wasn’t really clicking right. The heavy bass synths and bitcrushed drums weren’t working for the style of the track. Around the same time, I finally got my hands on the incredibly elusive midi of Carne Vale, which has been my favorite homestuck song since the first time I heard it, and has yet to be dethroned. So I had the crazy notion, that the instruments I was using for my Pesterquest remix would work fantastically if I decided to go back to a Caliborn track, now that I could properly reference Carne Vale. (I had been trying to figure out that bassline by ear for, oh lord, something like 3 years.) And, I ended up with what might be one of my favorite compositions of mine to date. Had it stuck in my head for months. Cleaned up the mixing over the next little while, and the rest is history. I had two names for it for a while, Teeth and Blood, and Space Crusader. Originally I was going to go with both, have one of those little ~ things in between, but I decided that Space Crusader, while it fit the vibe of the song, didn’t really fit the vibe of Caliborn, so I dropped it.