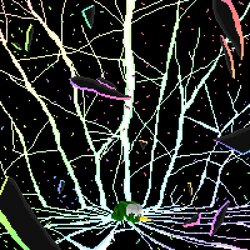 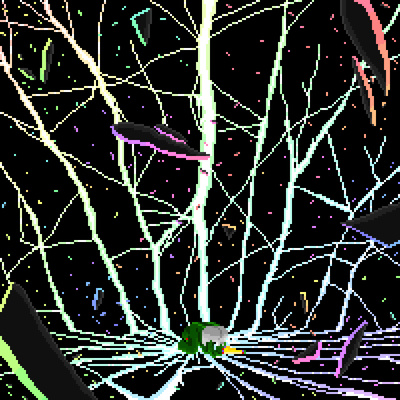 This was another one that I made surprisingly quickly, and didn’t need many edits afterwards. In a weird way it was inspired by David Wise’s ambient synth style, cause I’d been listening to a lot of the Donkey Kong Country soundtrack, especially Stickerbrush Symphony. For a game about a monkey fighting a crocodile over a pile of bananas, that game has a surprisingly amazing soundtrack. Once I had a chord progression down I felt like it should be about the cracks in the universe, with a similar vibe to Do You Remem8er me, and then I eventually ended up just referencing it at the end of the track. It didn’t really end up very DKC or very Do You Remem8er me, but both those things are far outside of my usual style so I’m not all that surprised, and what it did turn out as is something I like a lot.

When you think about it, Caliborn/Lord English is kind of a tragic figure. Multiple universes of emotions, and the only one he can understand is rage and hatred. I almost feel bad for him. Almost. Where was I going with this? Oh yeah. Presenting, "Lord English throws a tantrum in a glass room."