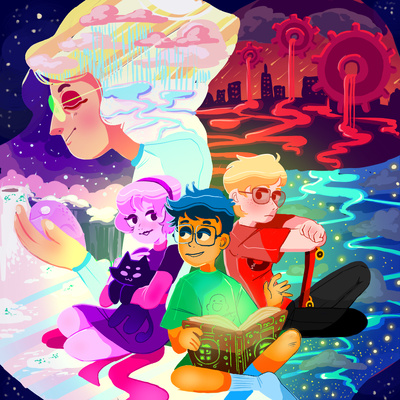 Probably remains my favourite of my pieces, while also being one of the ones with the least real thought put into it. The whole thing was written more or less on the fly. The chord pattern is one that I’d liked for several months, possibly even a year or two, without ever having come up with something good enough to write to it. Then, one evening while I was in the shower (all of my best ideas come from the shower) my mind pulled together a half-remembered bassline from an obscure-ish Sonic the Hedgehog game and a brief snippet from an old quiz show called Catchphrase, and strung them into the main harmonies of the piece. From there I just lay an improvised piano melody on top.

When I presented it to the music team it was pretty well-received, and with some of their guidance the whole piece ended up pretty polished.