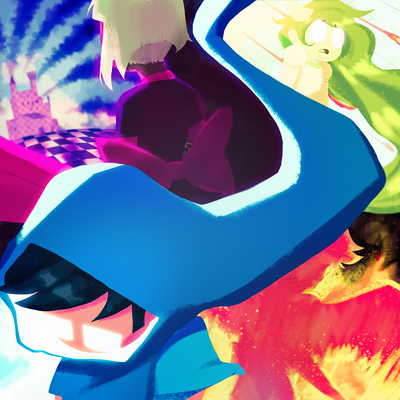 This piece is one of the strongest examples of how much better my old music could have been if I had used better samples. But I had nothing but cheap stuff at the time, so I think this one suffers a lot. Personal regret aside, I composed this as an ode to John, so it features the themes from Showtime and Harlequin. I wanted something big and dramatic, so I went the semi-orchestral route, and completely transformed the context of the two melodies I used to suit the mood of the piece. In particular, Harlequin seems almost unrecognizable unless you're paying attention or have a good ear. I think its attempt to come off as big and noble is a little heavy-handed at times, but it would definitely be a fun one to come back to and update.