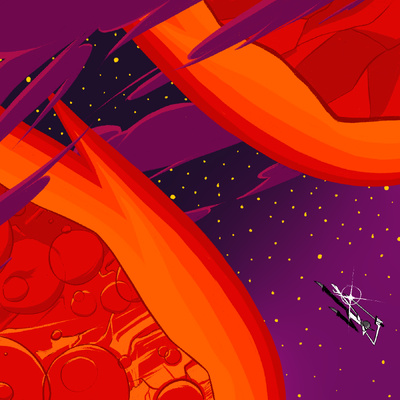 Meteor, Schmeteor (I'll Cut That Thing Right In Half)

Tracks that Meteor, Schmeteor (I'll Cut That Thing Right In Half) references:

Hi I go by Chaosvariant. I worked on this track for Dave's Bro, my original intention was to remix Beatdown (Strider Style) to have a little more flair and fit better into the cool yet dangerous aura Dave's Bro put off then to have that transition into the fight with Jack Noir. My computer halfway through this process bricked so sadly we're kinda stuck with a WIP but I hope you'll like it for the concept alone.

SplitSuns here. In addition to writing my own song for this project, which you'll find 24 tracks from now, I mastered the album in general. In theory, this means making sure each song is around the same volume so you don't have to keep adjusting your headphones. However, sometimes I did some extra work just to polish things up. Like with this song, for instance: I took what Chaosvariant had finished, added some EQ to make the mix clearer, and added a small sound effect at the end to smooth things out.

i really like how i did this one. not too much going on but i feel its good for how simple it is. drawing the meteor took a bit of work, and looking at some reference shots from descend, but it really came together, and of course the sense of scale given with bro and the meteor is very well executed id say. pretty much flawless except for the fire which i couldve done better.