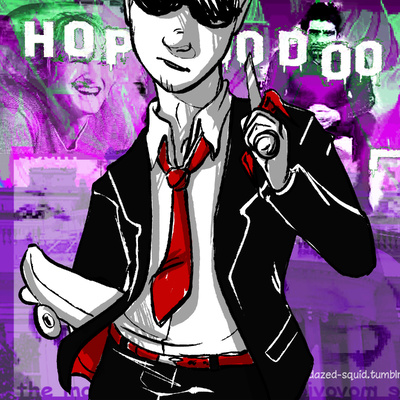 What is this? A center for ants?

WELCOME TO THE DARK CARNIVAL

Get this, the witch has made my chest its permanent nightly visiting nest
The witch told me about blood that rains, out of the neck and what particular veins and I-

Dream about cutting off heads with a shovel, the dreams are getting serious, I think I'm in trouble

About murder, witnessin' death setting in, and it ain't no heaven that's letting me in!

What is a juggalo? He drinks like a fish and then he starts hugging people like a drunken (WAOW) next thing he's pickin' fights with his best friends, then he starts with the hugging again (unintelligible)

IT'S THE SWEET BRO AND HELLA JEFF SHOW! WHOAAAAAAAAa

wilson for wisdom. stiller for power. glover for courage. with the tripartite decree of america's three greatest heralds, backed by a rendition of beatdown so terrifying it can only be described as psychological warfare, the stage has been set for the star of the show. the experience behind the experience. but such titles do not ascribe what importance this fiend deserves. nay, they COULD not ascribe the requisite importance, for only one title suits the hero, the madman, the director and architect to a hall of fame of utter shit.

he is THE BIG MAN, and we are all in his court.

heads are about to roll.

MISC NOTES: this piece started with me thinking "hm, i really want to use running hell in this dave song" and then the rest kind of flowed from there. in that segment, you may note that violent j seems to alternate between lamenting the presence of "THE WITCH" and singing her praises. i feel as though if an alien queen actually appeared to install the insane clown posse as figureheads of a government responsible for the deaths of billions, it would have to involve some sort of mental manipulation on her part, because honestly, icp seem like sort of decent upstanding folks in reality? like violent j wholeheartedly supports his daughter being a furry so he seems to be a nice dad at least. shit, in this political climate they might not be half bad as dual presidents, comparatively, and they're literal clowns. thanks to grace for recommending i use icp's seminal and apparent manifesto, "What Is A Juggalo", whose lyrics you should look up because they are just truly incredible. the section it transitions to, where the nightcore becomes ambient noise, is meant to symbolize the tense standoff between dave and icp before he cuts their heads off, but also it was mostly tongue in cheek. waters of nazareth also plays during that section very faintly, which partly symbolizes that in parallel to this event rose is executing the antichrist over a waterfall, but that was something i just made up now. more intentionally, sampling waters of nazareth badly in a strider song contrasts with the fantastic use of the sample in splitsuns' Thyme on My Fries. (love ya split). oh god this was a wall of text. i'm done now bye

I kinda wanted to show Alpha Dave as a simple sturdy figure in a messy messy background because that's how Dirk saw him? Super cool and collected in all the chaos surrounding him. Also suits.