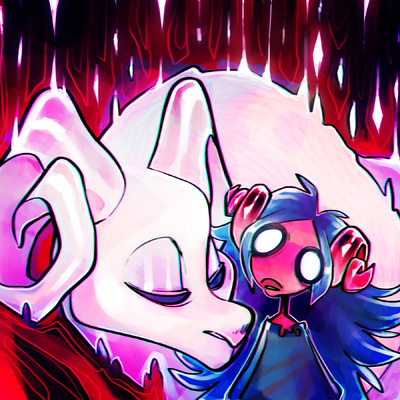 Voice of the Dead

Tracks that Voice of the Dead references:

H*ck dude ye made this shit for a thingy that was DEAD in it's FIRST AND ONLY APPEARANCE IN THE ENTIRE FUCKING COMIC??

So! I've realized nobody wanted to make a track for this completely relevant character for completely obvious reasons, so I took three days of my entire life to give this beautiful creature the piece it deserves. The whole process of making this was to base it around a small snippet of Famitracker that Cookie made a long time ago, and with that I completely broke it up to a point of being in love with it, so thank you Cookie you gave me an awesome idea as well as a good snippet!

I had the idea of remixing Aradia's Theme (Pre-Death) from the Homestuck Sound Test for this song and tried to make a track for it but never ended up finishing it. To my surprise, Coy decided that he was going to finish this garbage song. After I posted the project file, he proceeded to work his magic on it, making it actually good in the process, and now it's pretty much his track and he deserves any and all praise for it.

he wasnt going to let the song just :Die~2:

I love the track and wanted to try and capture the more haunting side to it.