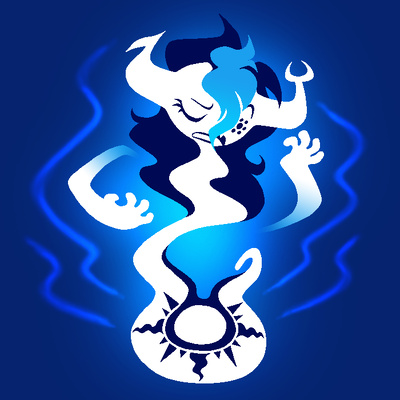 Before there was 20+ hours of music in the Homestuck catalog, the music team’s task was to create new themes at a moment’s notice for new elements of the story. When Tavrisprite appeared in the comic, I challenged myself to make a suitable theme at the same pace I might once have cobbled something together back in 2009. I posted the resulting demo track on my Soundcloud the same day as the character made its debut.

My demo fused the Spanish sounds associated with Tavros and the electric lead guitar associated with Vriska. The result was just over a minute of power-flamenco silliness which I planned to expand upon heavily until suddenly Tavrisprite exploded less than an hour after I uploaded the demo. I decided the song aught to be short and sweet as well, so I asked Thomas Ferkol to play some additional metal guitar at the end before dropping in an explosion effect and a distantly echoing “honk” from a certain codpiece-wearing merchant.

The track art is by 8bitkitten.