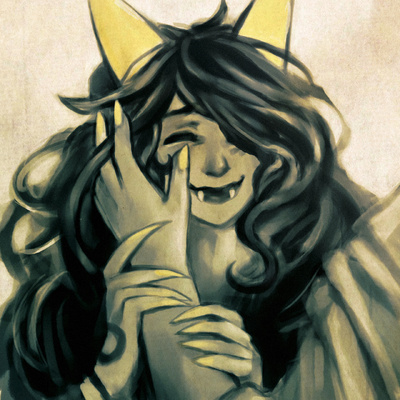 Back on Volume 8 I wrote a song called Serenade; the track art for it explains well what the song is about. In a great many ways it was an important song for me. For one, it was the first song I’ve ever written, by which I mean a short, lyrical work written in a structure including verses and choruses. On top of that the music and the melodies came unusually naturally to me, and it all felt organic and expressive of my situation in life at the time of writing. Serenade is by far the closest emotional connection I have to Homestuck.

Naturally I wanted to do things properly if I was going to revisit a tune so personally significant. As part of a larger project I was tentatively calling “cellostuck” I decided to tackle Serenade and record a version with live cello parts, hopefully bringing rich textures and lyricism to the song to reflect the musical and personal progress I had made since writing the original. It came out beautifully, much more so than the other experiments I had tried with other songs. I called the final mix Requited, implying that the song can be seen from the opposite side.

For the artwork on this track I asked my chum Dodostad to draw something up. Her style of whimsical, faded character art seemed the perfect match for the song, and she did a magnificent job.