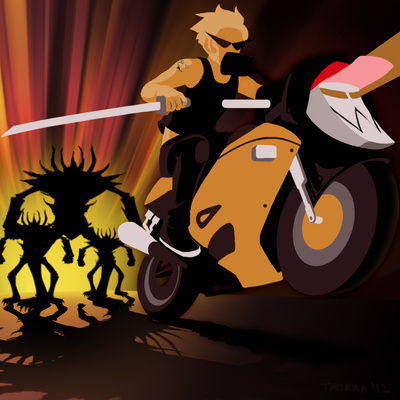 Started as a sequel to Upward Movement, before Hussie skipped over that entire sequence, which made me try to build it into a general Dirk theme. Sort of like a rise to power, from princehood to kinghood, or sommat. Maybe even a character theme, though I can’t really make those calls.

This picture started with an innocent suggestion from RJ who imagined Dirk riding a super hang on motorcycle to this song. I took the idea over to Jit who then helped me develop the picture to what it became, suggesting the FF7 motorcycle chase as inspiration and to turn the motorcycle in to Sawtooth.